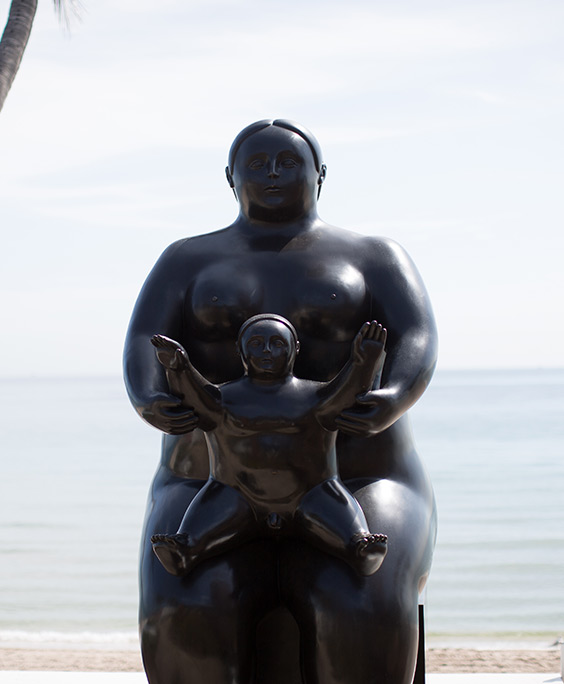 Born in Medellín, Colombia, in 1932 , Fernando Botero is among the most renowned artists of his generation. While his childhood training as a matador inspired his early painting, he is best known for his sculptures of sensuously robust, exaggerated human figures, which have been exhibited in New York, Venice, Paris, Seoul, Berlin, Tokyo, Madrid, and Athens, among other cities. In the decades following his first exhibition in 1948 , Botero studied at the Academia San Fernando and the Prado museum in Madrid, and learned the technique of fresco painting in Italy. In 1960  he moved to New York, where he won the Guggenheim National Prize for Colombia. 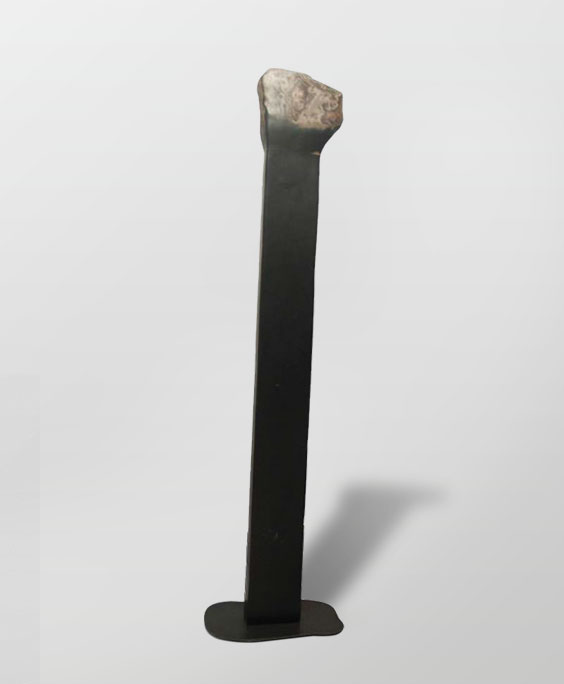 Born in Colombia in 1945, Hugo Zapata studied sculpting from a young age. After a time as a professor at the National University of Colombia, Medellin, Zapata shifted focus toward his craft. His work in the 1970s was primarily in serigraphs (silk-screen printings), evoking the tensions between rigid geometry and freeform work. These themes continued as his work evolved into a three-dimensional form. Zapata utilizes extracted riverbed rock as the basis for compelling sculptures; through the labor-intensive process of decanting, he strips the rock to reveal the history and hidden stories of the landscape, using Earth’s own materials to make the occult apparent.