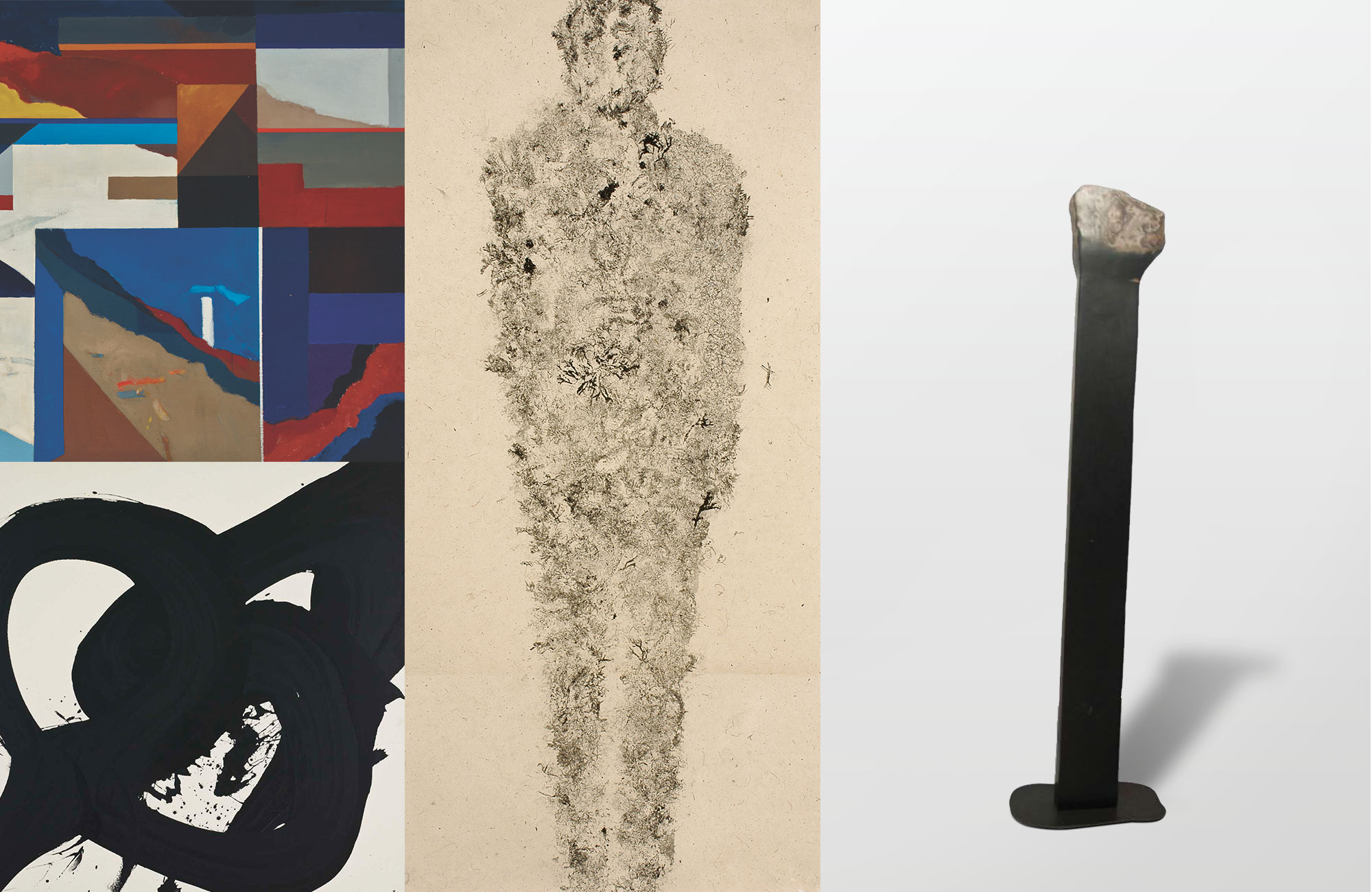 “IT’S THE MEMORY OF THE UNIVERSE, THE DRAWINGS ON THE ROCKS, THE MOST BASIC INTERPRETATION OF AN ART FORM.”

Born in Colombia in 1945, Hugo Zapata studied sculpting from a young age. After a time as a professor at the National University of Colombia, Medellin, Zapata shifted focus toward his craft. His work in the 1970s was primarily in serigraphs (silk-screen printings), evoking the tensions between rigid geometry and freeform work, as well as between nature and humankind. These themes continued as his work evolved into a three-dimensional form. Zapata utilizes extracted riverbed rock as the basis for compelling sculptures; through the labor-intensive process of decanting, he strips the rock to reveal the history and hidden stories of the landscape, using Earth’s own materials to make the occult apparent.

Of working with rock, Zapata says, “I am attracted to the most ancient form that humans have ever known to communicate. It’s the memory of the universe, the drawings on the rocks, the most basic interpretation of an art form, but those were drawings not from man, but from nature.” His work has been exhibited and celebrated in renowned institutions worldwide.