A penthouse with 11-foot ceilings, a private pool and panoramic views of Fort Lauderdale and the Atlantic Ocean has sold for $8.9 million at Auberge Beach Residences & Spa Fort Lauderdale – setting a record as the most expensive condo ever sold in Broward County.

“We are extremely excited and we think it’s representative of the project itself,” said Patrick Campbell, a vice president at The Related Group, which is developing Auberge. “We are setting a new standard for Fort Lauderdale both in quality and luxury.” 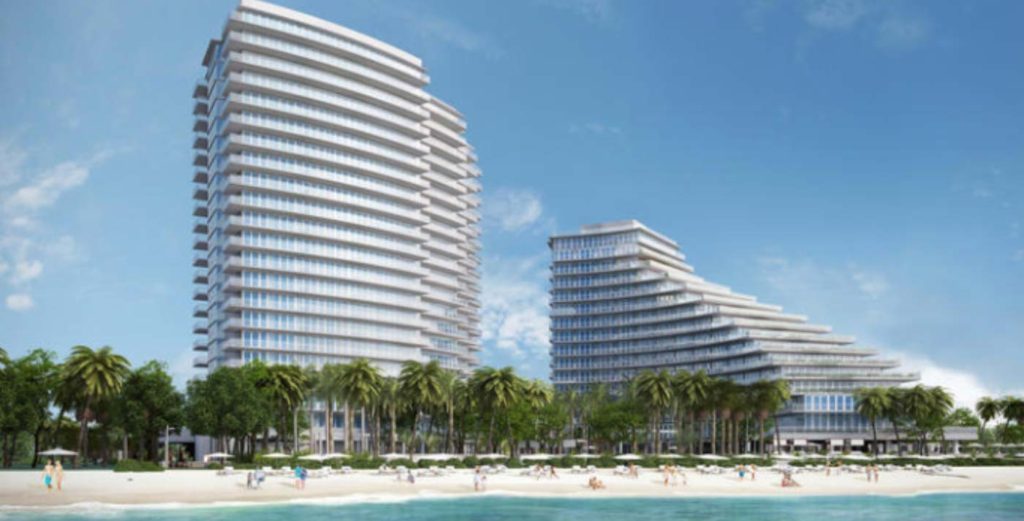 Auberge is under construction along North Ocean Boulevard, on the site of the former Ireland’s Inn. It will feature two towers with 171 luxury units, ranging from $1.5 million to $9.8 million.

The association says the $8.9 million is also the most expensive condo ever sold in Broward County.

Auberge’s North Tower will have 57 units and is 90 percent sold, Campbell said. The South Tower has sold about 15 percent of its 114 units. The first building is expected to be ready by late 2017 and the second one by the second quarter of 2018, Campbell said.

Campbell would not reveal the name of the buyer of the $8.9 million penthouse, but he said It now belongs to a family based out of the Midwest with ties to the Fort Lauderdale area “who spend a fair amount of time here.”

About 85 percent of people buying units at Auberge are locals or have ties to the area, empty-nesters looking to upgrade to resort-style amenities and services, said Campbell.

Linda Zakheim said she’s one of those empty-nesters who wants to leave behind her Davie home and fulfill a dream she’s always had: to live on the beach.

“It really is an amazing thing that I’ll have my dream come true, I’m a beach person, “said Zakheim, who owns the iconic Jaxon’s Ice Cream Parlor & Restaurant in Dania Beach.

Zakheim and her husband plan to move into their four-bedroom, six-bathroom unit by the end of 2017. Zakheim said she loves that Auberge has the luxurious amenities of a hotel but without the transient environment.

“It’s more of a lifestyle,” she said.

The other 15 percent of Auberge buyers are from New York, Chicago, the Midwest and Canada who want to experience the South Florida lifestyle, particularly in Fort Lauderdale, where housing prices tend to be less than what they are in Miami, Campbell said.

Jorge Perez, the head of Related, is known as the “Condo King” for his work in Miami-Dade County. But in an interview last year, he characterized Broward as an alternative to Miami at a fraction of the price.

Aside from the $8.9 million penthouse, Auberge recently inked deals on two other condos valued at $6.8 million and $6.9 million.

“These factors attract not only the masses, but certainly big money spenders looking to have a second home or retirement location that will maintain its value,” Angel said.